VersaSonic, the most versatile ultrasonic testing couplant available, will now be used in even more environments after recent developments. 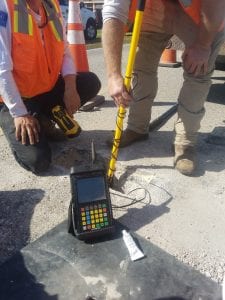 Caterpillar Inc., the well-known equipment and engine manufacturer, has approved VersaSonic for use on its CAT equipment.  Caterpillar is distributing VersaSonic through its dealers worldwide for UT thickness gauge inspections in harsh environments, from sub-zero to very hot conditions. VersaSonic is being distributed as Caterpillar part number 545-8721.

Power generation equipment manufacturers have approved VersaSonic for its compatibility with electrical wiring insulation for use in their power generation rotor inspections. VersaSonic does not contain water, is non-corrosive and is low in toxicity.

The nondestructive testing industry chooses VersaSonic for its technical performance. VersaSonic has a lower rate of vaporization and evaporation above 350° F than competitive couplants, resulting in longer inspection windows and less need for reapplication of the couplant. Tests of weight loss from evaporation over time have shown that VersaSonic loses less than 1 percent of its original weight by the time the product has reached 392° F, while competing products can lose twice that amount.

VersaSonic is plant-based and biodegradable. It does not contain peanut oils, tree nut oils or silicones. Additionally, VersaSonic provides excellent corrosion inhibition for steel and cast iron and it can be left in place providing it won’t interfere with subsequent operations such as painting or electroplating. VersaSonic can be removed with a wipe from a rag or cloth; for complete removal, dish detergent and water or Echo 4HT can be used.