Echo Ultrasonics is approved by GE as a supplier of Glycerol for the inspection of CFM56-7B engine fan blades in accordance with SB 72-1033. 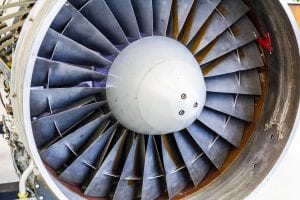 As noted in the National Transportation Safety Board’s May 3 investigative update of the engine failure on Southwest Airlines flight 1380, CFM International issued Service Bulletin 72-1033 on April 20 recommending ultrasonic inspections of fan blades of CFM56-7B engines with more than 30,000 cycles. The Boeing 737 on flight 1380 was powered by engines from CFM International, which is a joint company between GE Aviation and Safran Aircraft Engines.

Glycerol Echo Lot 205 from Echo Ultrasonics has been approved by GE Aviation for this inspection work.